Published May 22, 2021 in Uncategorized. Tags: AAPIHeritageMonth. 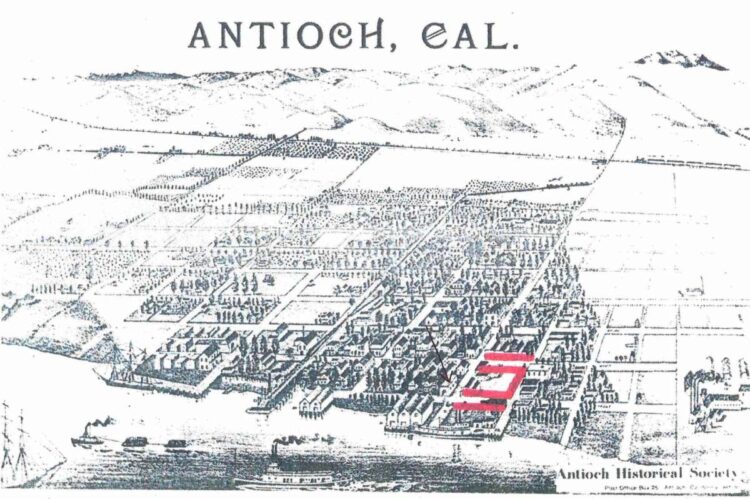 In 2021 the city of Antioch, a small city on the San Joaquin-Sacramento River that empties into the San Francisco Bay, remembered the sad history of it’s relationship with Chinese people in the 1800s. Like many cities across the West, Antioch had a Chinatown. Chinese men had come to America as contract labor, to work in Gold Rush mines, and on the Transcontinental Railroad.

After the work ended, they moved around, often living in work camps, or settling in small towns. Antioch was one such town.

Starting in the 1860s, whites started to resent the labor competition, and even mere presence, of Asian foreigners, and created what became the Anti-Chinese movement.

They had a group called: the Anti-Chinese League. A proper noun. They didn’t even try to obscure it, like the “KKK” terrorist movement did.

The Anti-Chinese movement, centered in San Francisco, scapegoated Chinese people for all kinds of problems, economic and social, and hostility against the Chinese increased. In 1882, the movement had grown so powerful that they got the Chinese Exclusion Act passed, and Chinese were forbidden to immigrate to the US.

In 1876 the Chinese were told to leave Antioch. Their Chinatown was burned down.

This was a scene repeated across the West, where Chinese were attacked, sometimes murdered, by mobs, and sometimes, their neighborhoods burned down. Sometimes, it was done with the support of the local government.

In 2021, Antioch broke new ground, by issuing a formal apology, making Antioch the first city in the US to do so. Mayor Lamar Thorpe proposed the idea in April, and it came to fruition in May. The city also created historic designation for the former Chinatown.

The Bay Area town that drove out its Chinese residents for nearly 100 years by Katie Dowd.

Antioch becomes first city to formally apologize for past misdeeds to Chinese by Judith Prieve.