Published May 9, 2021 in Uncategorized. Tags: AAPIHeritageMonth. 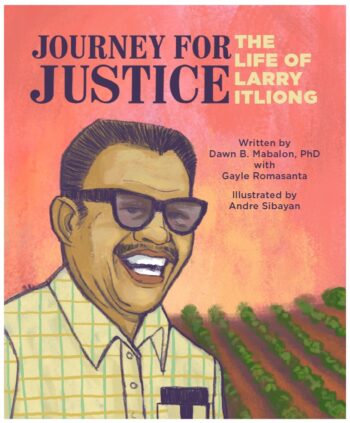 The story of the Delano Manongs isn’t only the story of the Filipino farmworkers, but also of the struggle to have their story recorded, remembered, and situated in UFW history, labor history, and the Filipino diaspora history. I was hoping to distill the story into a couple paragraphs and a few links, but, that was impossible. Different tellings revealed different aspects of a complex story, so I’ve included many links.

UFW honors Filipino leadership in the Delano Grape Strike by Cecile Caguingin Ochoa, Filipino Express, 2014, reports on the 40th anniversary celebration of Agbayani Village in Delano, a retirement community for Manongs, built by the labor movement and Filipino communities, and inclusion of Delano Manongs into UFW history.

The forgotten history of the Filipino laborers who worked with Cesar Chavez by Leslie Berestein Rojas, KPCC SCPR, 2011, writes about the Coachella strike that preceded the Delano strike, and also, the struggle for recognition of AAPI labor actions by John Delloro.

The Radical Roots of the Great Grape Strike by David Bacon, Portside, 2015, situates the 1965 strike and Filipino radical left organizers within labor history and the anti-Communist purges by the CIO, under pressure from the US government’s Red Scare, which wiped out the cannery worker union. Also touches on Filipino cannery workers in Alaska, many who were Manongs who migrated between California and Alaska.

Filipino Manongs & Labor Organizing in the early 1900’s presented by Carol Ojeda-Kimbrough, 2020, a video presentation, discusses labor organizing by Filipinos, including in independent unions, the ILWU, CIO, AWOC, and UFW. Discusses Hawaii as well as California, and violence against Filipinos.

COACHELLA VALLEY: Filipinos’ 1965 strike set stage for farm labor cause by Press Enterprise, source material from Christian Trajano, 2005, covers the Coachella strike in more detail, and discusses the life and work of Manongs, and also some grower perspectives.

Remembering the Manongs and Story of the Filipino Farm Worker Movement by Dennis Arguelles, National Parks Conservation Association, 2017, writes an immigrant worker history of the Manongs, concluding with the identification of The 40 Acres, site of former headquarters of the UFW, and Agbayani Village, and the Filipino Community Hall, as sites for historic preservation. Sidebar about the first three waves of Asian farm labor immigration: Chinese, Japanese, and Filipino.

The Forgotten Filipino American Activist Behind the Delano Grape Strike by Paul Mejia, Atlas Obscura, 2018, writes about the backstory of writing the Larry Itliong book, with quotes from Gayle Romasanta and Dawn Mabalon.